President Abdel Fattah al-Sisi of the Arab Republic of Egypt and Russian President Vladimir Putin witnessed the signing of the contract for the implementation of the Dabaa nuclear power plant on Monday 11 December 2017. I believe that this contract represents a quantum leap for the construction of modern Egypt. This project represents a kind of constructive cooperation between two friendly countries, and will benefit both parties. The importance of signing El Dabaa Nuclear Power Plan contract between Egypt and ROSATOM is very important for Egypt economy. As Egypt is performing  great development projects in various industrial, agriculture, new cities…etc, so these projects demand more power energy for their sustainable continuation. The nuclear power together with the other energy resources generated from oil, gas, coal power which will be generated from El Dabaa Nuclear Power Plant will be helpful energy. It does not produce any harmful gases which can have negative effects on the environment. It is important to mention that the nuclear energy represents a sustainable, clean and safe type of energy.

The relations between Egypt and Russia have long-standing relations of cooperation and friendship, especially in the technical and technological fields. We still remember Russia's contributions to the establishment of the High Dam and its standing alongside Egypt in many fields. It is therefore necessary to transfer the technical and technological expertise to the Egyptian side involved in this giant project and to settle a large proportion of the technical requirements used in establishing nuclear plants in Egypt. It should be noted that cooperation between Egypt and Russia in the project of establishing the Dabaa nuclear plant will open the way for cooperation between the two countries in the fields of nuclear fuel front such as exploration, mining and manufacturing of uranium and nuclear fuel. The success of Ross Atom in setting up the Dabaa Nuclear Plant and technical cooperation in the fields of the uranium industry in Egypt will open up good opportunities for Russia in many Arabian and African countries. 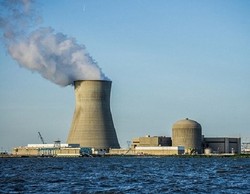 ROSATOM is one of the most advanced companies in the establishment and operation of nuclear power plants worldwide. It has built many nuclear power reactors inside and outside Russia. Al Dabaa Nuclear Power Plant will be a future of high safety. The site studies full fill all the requirements according to the international standards for the establishment of nuclear plants and have been carried out by companies specialized in the studies of the site selection of nuclear stations.

Egypt's benefit from the Russian experience in this area will be great, because Russia has a long and distinguished experience in establishing nuclear plants. The VVER-1200 reactor, which will be built in El Dabaa area by ROSATOM as most of the compact water reactors, consists of two buildings. The main building includes the nuclear heart enclosure and associated nuclear systems such as a refueling machine and diesel generators to save electricity if lost from the external feeder source, steam generators and reactor control systems (this building is called the nuclear island). The other building houses turbines and facilities (called the turbine island).

Safety features in this type of machine include a container building and a protective missile shield. This model includes emergency systems including reactor cooling system, reserve diesel generators, advanced refueling system, reactor control systems, adequate backup water supply and emergency nuclear emergency system SCRA. If the reactor is exposed to a loss of power off-site power accident, the turbines can continue to generate enough power for 30 seconds so that the reactor can be completely shut down. Diesel engines start directly at their maximum capacity after these 30 seconds to feed the cooling pumps with the ability to keep the water circulating at the heart of the reactor and remove the heat generated even after the discontinuation of the chain reaction (heat of the radiation). These specifications confirm that Egypt will get reliable and safe energy.