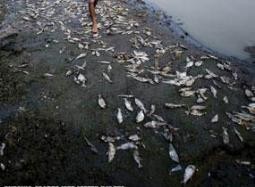 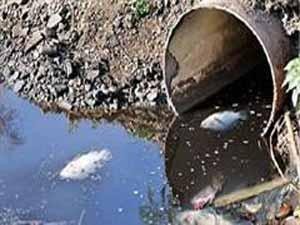 At a time when the world have many of the acute crisis of global warming, desertification, future wars over natural resources and water, food crises and pollution problems sorts, the exposure of wildlife and sealife in all its forms in danger of extinction or transformation of biological micro-organisms which reflected directly on the health and safety of the planet and thus the human as In turn, as a component of the biological system of the planet, so we must pause and seriously hope to save what can be saved.

Over nearly thirty years of political corruption in Egypt which  had a very negative impact on the agricultural sector and plant life ,,the razing vast areas of agricultural land for conversion to community populations as well as the use of agricultural pesticides and insecticides banned internationally and use the types of fertilizer carcinogenic and genetically modified with lack of water resources and the use of sewage water for irrigation led eventually to eliminate many of the crops and plant varieties and agricultural as well as the elimination of many strains of plant regional rare and many aspects of plant life in Egypt and the emergence of generations of micro-organisms as a result of the changes in environmental media and thus all of this negatively impacted on livestock , food resources and human health, and finally dying of the environment around us .

At  the past years in Egypt, with the urgent need for the Egyptian citizen of animal protein, and with the poverty of the sea and capture fisheries, fish farming projects had Spread  to offset the acute shortage of food resources and filling the food gap

Achieved a quantum leap in the area of ​​fish farms At the level of the figures and calculations; production exceeded farms 50% of the total fish production, but with a field visit to the fish farms will make you discover that more than 90% of these farms are working on wastewater and agricultural, industrial drainage water which loaded with Bacteria,Chemical waste, diseases, pesticides and fertilizers with highly toxic( lead, heavy metals), which rests in the bodies of all fish, and became a biological bombs addressed to the Egyptian people .

While the government ignores the consideration of a license for the establishment of fish farms on the natural irrigation water under the pretext of saving water; the government allow the water deliver to the resorts of business men and people of influence to create artificial lakes, golf courses and irrigation, which consumes large amounts of water, As a result, large areas of protected agricultural and natural land has been eliminated for the establishment of such resorts.

(Bahe El bakar- drain) one of the most dangerous pollution source in Egypt, through which sanitation from Cairo city, passing in Sharkia Province, and ends in Port Said city; that drain carried out thousands of fish farms produced thousands of tons of fishes per day to markets - the region of ( Al abash) is a model for that disaster, Where fish farmers depend on (Sabla) (directing organic waste to animals and birds) in fish feed !!!!!!! and the main source of water is the wastwater from (Bahr al bakar) sanitation drain, mixed with agricultural drainage water, which cause the death of large quantities of fish from contaminated water, as well as green spaces , agricultural crops and fruit trees, which rely on the same source of contaminated water for irrigation, Most of this soil became intoxicated, and many of them became extinct .

The result
With rising of the costs of fish feed and nutrient, owners of fish farmes  use wastes to feed fish, such as corrupt luncheon meat remnants of plants, as well as corrupt tomatoes and vegetables, which affects the fish health, So , a lot of fish farms owners use antibiotics in their farms, which is very dangerous; where antibiotics concentrated in the fish bodies, and transmitted to humans thereafter; leading to immunity against antibiotics in the human body, and therefore does not respond to treatment and eventually eliminate the human health.
:Solutions

The cost of the establishment of treatment plants at least very much for the cost of manufacturing the drug wizard to those diseases and far less than the cost of importing food to cover the shortfall in domestic production of food and most importantly of all, preserving the nature of the Egyptian environment rich in plants and organisms regional rare, which is on its way to extinction, especially in such climatic changes and the political world is going through today

المصدر: my study through 2years on Fish farms in Egypt and biological poisoning disaster
29 تصويتات / 1386 مشاهدة