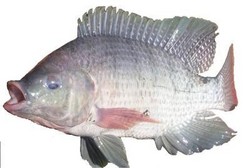 IMPROVED MANAGEMENT AND TECHNOLOGICAL INNOVATION IN TILAPIA FARMS AND HATCHERIES IN AFRICA. II. THE CURRENT SITUATION OF TILAPIA HATCHERIES AND FARMS IN EGYPT

Improved management and technological innovation in African tilapia farms and hatcheries (ITACA) is a project implemented by the National Institute of Oceanography and Fisheries (NIOF, Egypt, General Coordinator), the Institut Sénégalaise de Recherche Agricole - Centre de Recherches Oceanographiques de Dakar-Thiaroye (ISRA-CRODT, Senegal, Partner) and the Institut de Recerca i Tecnologia Agroalimentaries (IRTA, Spain, Partner). This project is funded by a grant from the European Union to the African Union (Agreement No REG/FED/2009/021/-575). The ITACA project aims to enhance the sustainability of African tilapia farms and hatcheries through improved management and technological innovation. Aquaculture is one of the fastest growing food production activities in Egypt, accounting 72.44 % of the total Egyptian fish production (1.36 million tons in 2012)(GAFRD,2013). Therefore, the present study aimed to shed light on the current situation of tilapia hatcheries and farms in Egypt.

The current study data were collected, calculated and analyzed by the research team for the project (ITACA) during the year 2013/2014 in collaboration with General Authority for Fish Resources Development (GAFRD), Egypt. In addition to research team field trips to tilapia hatcheries and farms and interview a representative sample of owners and tenants of these farms and hatcheries.

The results of data analysis proved that, tilapia, mainly Nile tilapia (Oreochromis niloticus), was the most cultivated species, represent about 62% (611647 tons) of total Egyptian aquaculture production( 986820 tons). The majority of tilapia farms in Egypt can be classified as semi-intensive slightly brackish water pond farms. About 99 percent produced from privately owned, leased and temporary earthen pond farms, cages, rice paddy fields, intensive pond culture (ITPC) as well as integrated aquaculture and agriculture (IAA) through the use of ground water in the desert. Its production in 2012 were: 531147 toms (500 - 3000 Kg per acre), 58944 tons from 4070 cage with total water volume 2.04 million cubic meters (15 - 20 Kg per cubic meter), 16947 tons (70 - 95 Kg per acre), 3579 tons (6 - 10 tons per acre) as well as 1030 tons from 4 pilot farms, respectively. ITPC and IAA systems have been grown rapidly with the help of ITACA Project (NIOF) and GAFRD, and it is expected to have several hundred of such farms operating within five years.

Many tilapia hatcheries have already been established to supply the increasing demand for juveniles. These hatcheries have produced 245 million units of fry and fingerlings from 156 licensed hatcheries. The rapid development in aquaculture has created a large number of jobs for farm technicians and skilled labor. Furthermore, new industries and financial services in support of aquaculture are also providing employment opportunities. The people involved in tilapia culture can be divided into four groups: 1) Land owners and those with Government issued land lease contracts for traditional fish farms, the total number of people involved in this type of activity has been estimated to be between 37 000 and 43 000 persons (Essa, 2014), 2) People working in tilapia hatcheries, cage farms and intensive pond culture, has been estimated to be between 17000 and 25000 persons. The majority of this group is hired staff and includes trained technicians and skilled laborers (Elebiary, 2014), 3) Staff working at Government run hatcheries, about 1 000 persons, and 4) Consultants, feed mill staff and other support activities. The number of registered consultants is 228 and the number of people working in fish feed production is estimated to be 540 persons (GAFRD, 2013).

The expansion of aquaculture has succeeded in reducing and stabilizing the cost of fish in Egypt allowing accessibility to the poorer rural population to healthy and affordable animal protein. Thus, tilapia farming sector is considered the most viable option for reducing the gap between production and consumption of fish in Egypt.

Elebiary, E.H. (2014): Problems and proposals to improve the management and technological innovation in tilapia farms in Egypt. Technical Seminar in Frameworks of ITACA Project, African Union Research Grant, No. 2-139-2012, National Institute of Oceanography and Fisheries, Egypt.