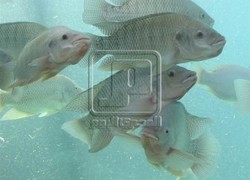 Tilapia sector growth to resume after shaking off pandemic effects

After the initial impact of the emerging COVID-19 pandemic in Q2 2020, the global tilapia industry was able to rapidly adapt to the new market landscape by leveraging its retail experience and price advantage. The sector is expected to resume its steady expansion in 2021, although rising costs present a challenge that must be overcome.

The most recent available estimates, released by the Groundfish Forum at the end of 2020, put global tilapia production at almost 7 million tonnes in 2020. This figure would be approximately level with 2019 and would mark a significant slowdown relative to the long-term growth trend, reflecting the effects of the COVID-19 pandemic on production, processing and markets. In China, the range of restrictions imposed in the early part of 2020 in an attempt to stem the spread of the virus initially translated into significant operational difficulties for tilapia farms in Southern China but their impact was short lived. By mid-year, the situation in China had improved considerably and the tilapia sector was able to restart before too much damage was inflicted. The total drop in China’s tilapia production in 2020 is expected to be around 3 percent, to around 1.7 million tonnes. Total supply from Asian producers, which also includes significant output from countries such as Indonesia and the Philippines, is estimated to have reached around 4.55 million tonnes, around 50 000 tonnes below the 2019 figure. In Latin America, the tilapia aquaculture industry generally reported positive results despite the various challenges and uncertainties. Brazil produced 12.5 percent more tilapia than in 2019, at 486 000 tonnes, a growth rate that surpassed all other aquaculture species in the country. This figure was achieved despite the mass upheaval experienced in the first half of the year as the country was struggling with the rapid spread of COVID-19. Elsewhere, Mexico’s total farmed tilapia production during 2020 reached 72 595 tonnes. Mexican tilapia production fell significantly in 2020 compared to 2019 due to the COVID-19 pandemic, less projected demand and higher costs for producers. Some states registered decreases of up to 50 percent.

Local governments in Mexico are providing tilapia fingerlings to support small-scale producers in poor areas, benefiting families by generating sources of employment. Colombia saw an increase in output in 2020, driven by the optimization of farming areas and improvements in technology and feed. Beyond the various issues associated with the pandemic, farmers in both Asia and Latin America are facing rising costs for feed, land and labour. In China’s Guangdong Province, in particular, tilapia farmers are seeing increasing pressure on their profit margins and some have been switching their focus to more profitable species.

In the United States of America, the most important consumer market for tilapia, consumption remained relatively stable throughout the pandemic. The species, the fourth most popular fish species amongst US consumers, saw retail sales soar as house-bound consumers sought out easy-to-prepare, versatile seafood options. According to the National Oceanic and Atmospheric Administration (NOAA), 190 453 tonnes of tilapia worth USD 615 million were imported in 2020, representing increases of 10 percent in terms of volume and 2.3 percent in value compared with 2019. Frozen tilapia fillets made up most of these imports, accounting for 61 percent of value. China, the top supplier of the United States of America’s market, faced various challenges in this market in 2020 due to a combination of factors such as supply contraction, competition from Latin American producers as well as Vietnamese pangasius, in addition to the 25 percent US tariff on Chinese tilapia imports. The latter tariff, imposed by the previous US administration as part of the US-China trade conflict, was lifted in April 2020 but then reinstated in August when tilapia’s exemption expired. Combined with rising production costs, this has made the traditional US frozen market increasingly less appealing for the Chinese producers and focus has been gradually shifting to developing alternative export markets, expanding the range of value-added products and increasing domestic sales. In Latin America, too, the developments in 2020, particularly those driving up freight costs, offered marketers an incentive to target the domestic market. At the same time, however, the difficulties faced by competing Chinese suppliers and the retail advantage of tilapia in the United States of America presented an important opportunity to boost US sales. Colombia’s exports were 11 595 tonnes in 2020, 65 percent up compared with the previous year, consolidating its position as the main supplier of fresh tilapia to the US market. Brazil exported just under 6 000 tonnes to the United States of America in 2020, and the industry is looking to increase export revenue. However, tilapia exporters remain frustrated by the EU ban on fishery products from Brazil that has been in place since the end of 2017. Meanwhile, Costa Rica exported 3 379 tonnes worth USD 21 million during 2020, with almost the entirety of this volume consisting of fillets to the United States of America. The foreign trade promotion agency (PROCOMER) is recommending offering competitive prices as well as products based on quality, to differentiate from Chinese tilapia.

Rapid market recovery after early year difficulties saw wholesale prices for Chinese tilapia remain relatively stable throughout 2020, averaging between CNY 7.5-8 (USD 1.09-1.16) per kg for 500- 800g live tilapia (DAP, Hainan) for most of the year. In the US market, however, increased import supply during the tariff exemption period helped push average prices down by 10 percent to USD 3.29 per kg (CIF) for the year as a whole.

Positive output growth is expected to resume for the global farmed tilapia sector in 2021, although there is some discrepancy in forecasts for Chinese production. Whereas some analysts were predicting an increase in production as the market recovery continues, more recent reports point to a further contraction this year, due to rising costs and a particularly cold winter affecting fish survival rates in Guangdong. The US market will remain challenging from the Chinese perspective, at least so long as the tariff remains in place, but domestic market interest from retail and foodservice buyers should be sufficient to keep prices from falling too far back after spiking in early 2021 on Lunar New Year demand. For other producers, pandemic-related developments remain a central focus and the speed at which vaccines are rolled out will have direct implications for freight rates, consumer demand, product preferences and operational costs.