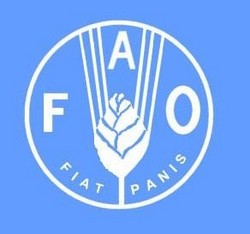 Aquaculture Production in 2012 is estimated at around 66.5 million tonnes. Based on the preliminary data for several major producers and projections for others, the world aquaculture production of food fish in the year 2012 is estimated at around 66.5 million tonnes.Full global statistics of aquaculture production in the year 2012 will be collected by FAO in 2013. The data will be released in early March 2014.

downward adjustment of 2010 production by India, the world’s second largest aquaculture producer.Aquaculture contributed 40.1% to the world total fish production (Table 3), and almost all the seaweeds production.

In 2011, Thailand and Japan suffered from great losses caused by catastrophic natural disasters. Thai aquaculture production dropped by 0.28 million tonnes (22%) from its 2010 level, and Japan by 0.16 million tonnes (23%). A few other global major producers (such as Myanmar, USA and Malaysia, etc.,) and regional major producers (such as Uganda) also experienced negative growth in aquaculture output in 2011 due to various reasons. But the majority of producing countries and regions enjoyed positive growth in aquaculture production in 2011.Globally, the status of statistics reporting to FAO on aquaculture is a mixed picture. While many members continued to improve national statistics collection and reporting, the number of non-reporting countries increased among EU members, and a few major producers continued to ignore their data reporting.

Reported by national authorities in responding to FAO data questionnaires

•Retrieved (with statistics details) from government sources for the non-reporting or incomplete-reporting countries;

• Retrieved (with total production without breakdown details) from government sources,and estimated by FAO for splitting to the major cultured species or species groups using additional information, for the non-reporting countries;

• Estimated, using information available from other sources, for non-reporting countries.

In 2011, the top-20 producers produced 95%of world farmed food fish (Table 4). The improvement in ranking position of Norway, Chile and Brazil among the top producers is note worthy.

The number of cultured species registered as “species items” in the new data release further increased from 541 in 2010 to 559, includes 346 of fin fishes, 62 of crustaceans, 102 of molluscs, 6 of amphibians and reptiles, 34 of aquatic algae and 9 of other aquatic invertebrates. Such increase is more of the result of data quality improvement other than the species diversification at the real production level.

Notice by shihab:World production of year 2011