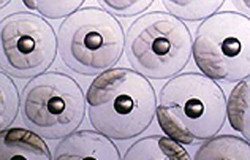 Japan’s Fisheries Agency has released its preliminary figures for domestic bluefin tuna farming performance in 2021, showing the number of farms, the stocking of both wild and hatchery seedlings, and the total production by number and weight have all increased in the past year.

The agency has surveyed and summarized cultivation results reported by bluefin tuna farmers nationwide since 2011, in line with a 2010 policy document titled "Response to Strengthening Pacific Bluefin Tuna Management.”

Farm operators generally choose to use the natural seedlings, which have larger size, better survivability, and lower cost than hatchery seedlings. However, in response to a 2019 directive from Japan’s Minister of Agriculture, Forestry, and Fisheries in 2019, new aquaculture sites and nets are restricted to using only artificial seedlings. Of the 185 aquaculture sites active in 2020, 75 were restricted to using only artificial seedlings. The remaining 111 farms were limited in terms of the number of cages they were permitted to use for natural seedlings in order to avoid having to obtain new permits for the harvesting of the seedlings (called chige or mojako in Japanese).

In December 2021, artificial seedling production cleared a bottleneck, as Yokohama-based feed manufacturer Nippon Agricultural Industry Co. (nicknamed Nosan) reported successfully raising bluefin tuna seedlings on formulated feed. The company, a wholly-owned subsidiary of Mitsubishi, said the does eliminates the need to feed live fish larvae up around five centimeters, at which size they can be stocked offshore.

Mass production of closed-cycle bluefin tuna is restricted by significant early mortality, mainly due to the requirement of live feed that exactly matches the tuna’s size and stage of growth (with secondary reasons for mortality include the elimination of smaller fish by cannibalism and tank wall collisions). In the larval stage, rotifers have been the food of choice. As the tuna grow, the feed can be transitioned to larger copepods, and then to the larvae of other fish, such as striped beakfish. Management of rotifers and fish larvae are problematic as dependence on such live feed effectively means hatchery operators are growing, managing, and attempting to match the sizes of both the feed-fish and the tuna.

It is unclear whether Nosan’s new feed can also replace rotifers in the diet of farmed Pacific bluefin tuan. An article in the Madridge Journal of Aquaculture Research and Development, authored by Indian and Japanese researchers and published in 2018, noted that in Japan, an average hatchery requires 20 billion rotifers per day. In Europe, rotifer production is described as labor intensive and prone to unpredictable production volumes and occasional crashes.