The Khaki Campbell was developed in England during the early 1900's by Mrs/ Adele Campbell of Uley , Gloucestershire who wanted a breed for laying white table eggs that was not broody , reluctant to fly off and reacted nearer to a fowl . It was admitted to the American Standard in 1941. Though originally a cross of Indian Runner, Mallard, and Rouen, Campbells exceed all of these and most chicken breeds in egg production, with some strains averaging 300 eggs per year. They do not require special care or artificial lighting to produce a large number of eggs, which are white and weight about 2.5 ounces (not much larger than a Leghorn egg). Thought not usually raised for meat, Khakis make high quality, lean roasters of 3-4 pounds; they average 4-5 pounds as adults. Campbells are extremely hardy, are excellent foragers, and are at home on land as well as in water. They eat large quantities of slugs, snails, insects, algae, and mosquitos from ponds, but do not require swimming water to stay healthy. The ducks are mainly khaki colored and the drakes have greenish-bronze heads with brown-bronze tails, backs, and necks. They have green bills

Status: Minor. Though still not common, the Khaki Campbell is thought to be growing in popularity as an egg-layer and backyard duck. Exhibition Khakis do not have the same characteristics as production types 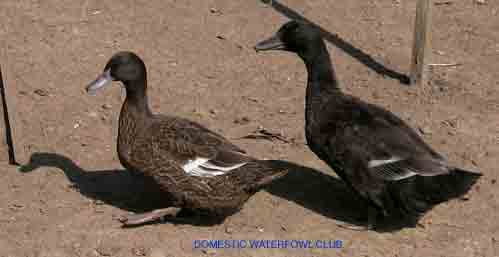 Campbell's have a well known history Campbell It was bred from Mallard ;Fawn and White Runners and Rouen with a very vague standard in order to keep the utility properties of the breed. From these a white sport was standardized as the White Campbell and a Dark Campbell was created by a Mr H R S Humphreys in Devon to enable a classic gold / silver cross mating for sex linkeage. This colouration did not find favour after the second world war and declined to almost critical levels and although the white and the khaki are often seen very few breeders keep the dark Campbell and due to the small gene pool a number throw eye stripes which are incorrect for the breed and a throwback as are any of the colours that lay blue or green eggs ... these birds should not really be bred from as not up to the breed standard

Broodiness: pretty useless most will sit long enough for you to put fertile eggs under her then walk away. Bred to be a non sitter but as many are crossed unless bought from a good breeder some will sit but are rare

Needs: Do not require water for swimming to stay health, but they enjoy it. Prefer shallow trays or even a washing up bowl with a brick in it . . no brick produces a tortoise with webbed feet hybrid very funny but also Very messy

Notes:Excellent foragers, keeping gardens and ponds free of, slugs, snails and worms; bred as a back garden duck two females are very happy with chickens or on their own and will give a dozen eggs per week if fed well. 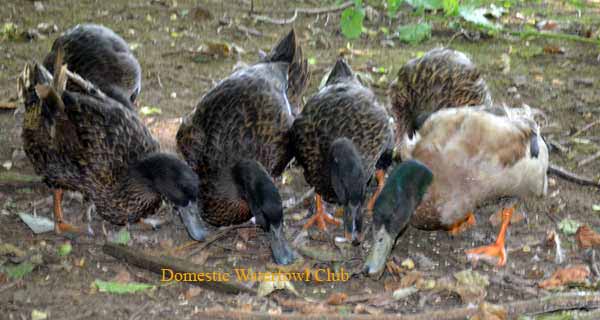 Breed info . . . . designed to be with chickens a splasher rather than a swimmer
Breed Hints....Kept as trio or more. will go not broody and hatch as a rule ** unsuitable as a pair in Khaki due to the energy of the drakes **

Flying .  rarely flies a good back garden all rounder 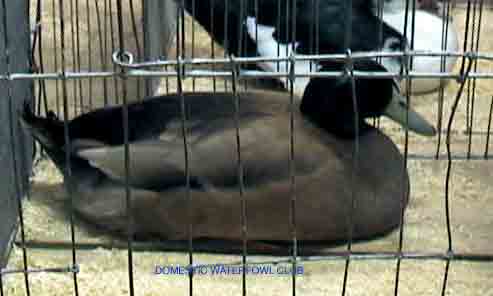 Allelic to mallard and restricted and recessive to both. The dusky pattern is darker and plainer than the mallard both in the day-old and adult. Breed examples are Khaki Campbell and Buff Orpington

This gene is responsible for the white in common white breeds. In the homozygous state, recessive white masks all other color genes . as in the White Campbell

This gene is the wild-type gene present in the mallard and the Rouen breed. It allows full expression of the three alleles of the M+ locus.They do not have a brown gene but are a darker version of the Khaki as in :-Allelic to mallard and restricted and recessive to both. The dusky pattern is darker and plainer than the mallard both in the day-old and adult 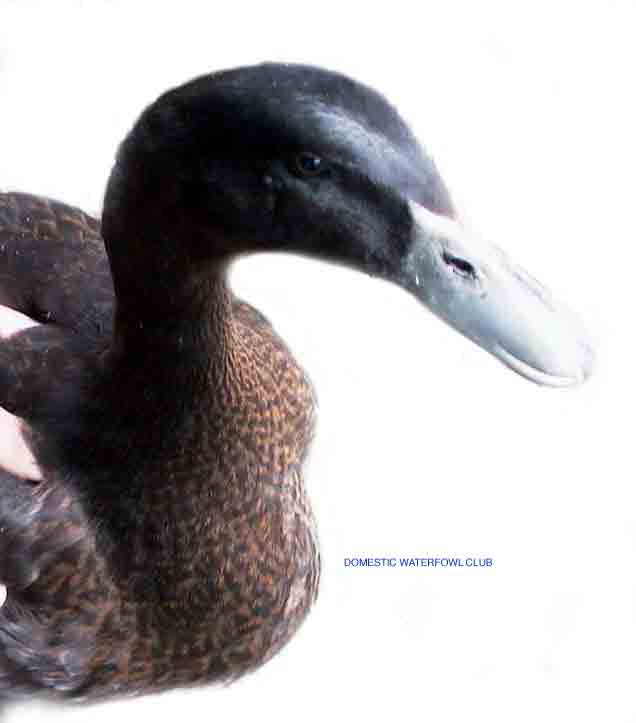